Quote-
"We will stand up for our friends in the world. And one of the most important friends is the State of Israel. My administration will be steadfast in support Israel against terrorism and violence, and in seeking the peace for which all Israelis pray."- George W. Bush

Subjunctive question-
What if Israel has been victorious in the Suez crisis? 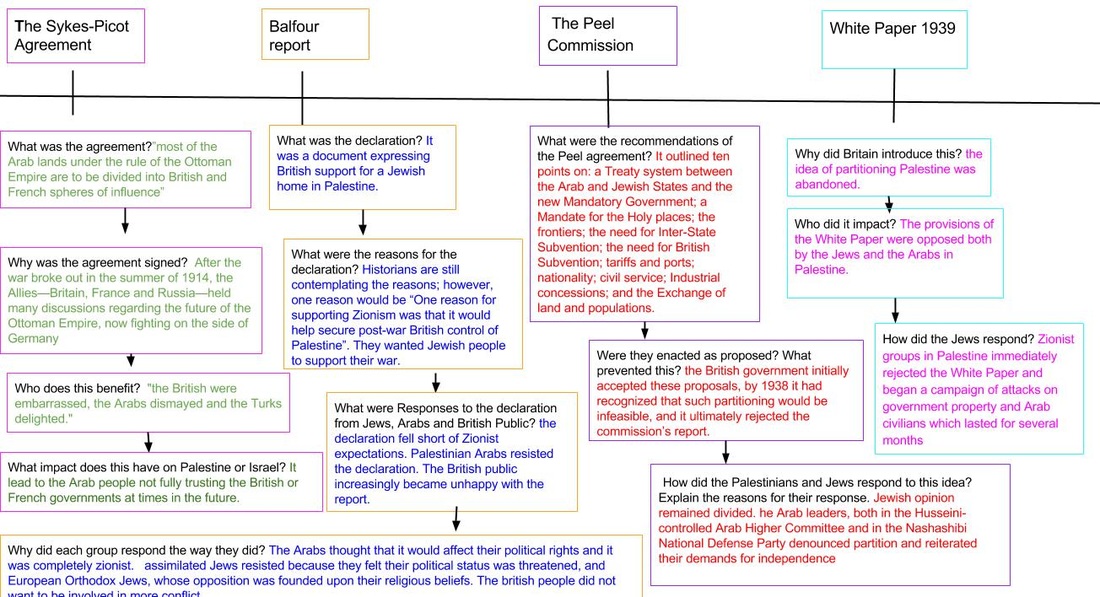 The Israeli War of Independence, 1948
Background on war-

“I am frequently asked if I have visited Israel, whereas yet, it is simply assumed that I have. Well, I don’t travel. I really don’t, and if I did, I probably wouldn’t visit Israel. I remember how it was in 1948 when Israel was being established and all my Jewish friends were ecstatic, I was not. I said: what are we doing? We are establishing ourselves in a ghetto, in a small corner of a vast Muslim sea. The Muslims will never forget nor forgive, and Israel, as long as it exists, will be embattled. I was laughed at, but I was right. I can’t help but feel that the Jews didn’t really have the right to appropriate a territory only because 2000 years ago, people they consider their ancestors, were living there. History moves on and you can’t really turn it back. (#92 ff.)”
― Isaac Asimov, Asimov Laughs Again: More Than 700 Jokes, Limericks and Anecdotes

Consider the previous quote from Isaac Asimov. To what extent is the creation of Israel, in his words, "a ghetto in a small corner of a vast Muslim sea"

The word Ghetto is used to describe a slum area occupied by minority groups; during World War II the word ghetto was used to describe a section of a city where all Jews from the surrounding areas were forced to reside. When Isaac Asimov is quoted referring to Israel as "a ghetto in a small corner of a vast Muslim sea" it unsettles many groups of people, especially Jews.  Although his quote is unsettling for many it portrays a certain truth about the problems with the creation of Israel. The creation of Israel only amplified the issues of anti Semitism, and further segregated Jews into “ghettos” making them easer to target, but Israel is a beautiful place and Jewish people want to be there unlike ghettos.

Anti-Semitism during the period around WWII and the creation of Israel was at an all time high. The minorities of Jews living in Muslim Palestine were constantly under attack. The Balfour declaration was the beginning of the idea of a Jewish homeland, but the Arab League is formed in 1945 to protest the Balfour Declaration and further harass the Jews. Even after the Jews accepted the UN partition “the Arabs in the Palestine Mandate and the Arab states rejected it and increased attacks on Jews.” ("Barack Obama and the Arab-Israeli Conflict" 64-75). Israel was created by the UN to reduce the religious issues between the two groups, but by separating them the anti-Semitism was amplified from a domestic issue. Immediately after the creation of the Jewish ghetto of Israel they were attacked; this proves the increased issues the Arabs had with Jews once Israel was created.

By creating a place that consists of only one religious group so close to a neighboring enemy can only lead to conflict. Part of what makes Israel like a ghetto is the fact that ghettos are used to segregate a group from the rest of the population. In World War II ghettos were used to bring all the Jews together in order to gain control of them and enact the final solution.  The creation of Israel only made it easier for Arabs to attack Jewish people considering they were all in one place. Like the Nazi created ghettos, the ghetto of Israel is in a country where they don’t agree with or respect their religious views. The isolation of the Jews in Israel makes is easier for opposing groups to target them, like a Ghetto.

Israel, unlike a ghetto, has beautiful infrastructure and Jewish people are happy to have a place to call home. One of the many definitions of ghetto uses the word “forced”, Jewish people feel blessed to live in Israel and have pride in their homeland. The buildings and culture are colorful and spirited, and Israel gives Jewish people the opportunity to showcase that. Ghettos are described as being slums, and Israel is far from one.

Ghetto has many different meanings, but Israel fits under most of the definitions. Israel is surrounded in Muslim occupied places, and its creation on increased the conflict.  Israel is like a ghetto because it is surrounded by anti Semitism, and it further separates Jews making them easer to target, but Israel is a beautiful place and Jewish people want to be there. The conflicts between Jews and Muslims are only amplified with Israel because groups of people are easier to target when they are all in one place.  Israel is  "a ghetto in a small corner of a vast Muslim sea".